As the sights and sounds of spring began to unfold on Alligator River NWR this April, something monumental was also unfolding on the landscape…a new litter of red wolf pups and, with it, a renewed hope for survival of a species!

During the week of April 18, 2022, Red Wolf Recovery Program Staff confirmed a litter of six wild red wolf pups (four females, two males) born to Mother 2225 and Father 2323 (though this is to be confirmed through genetic testing).

This new litter is the first wild-born litter of red wolves since 2018. This red wolf pair (2225/2323) was formed through the combination of several management actions, and these two red wolves subsequently followed their natural instincts in pairing, establishing their territory and mating. Every generation yields a new-born hope for the red wolf, and is a cause for joy and celebration!

See below for some pup photos (all photos courtesy of U.S. Fish & Wildlife Service). Click any of the three images to see full-size photos. 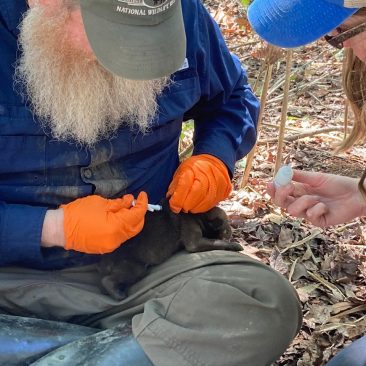 Inserting a tracking chip into a newborn pup… 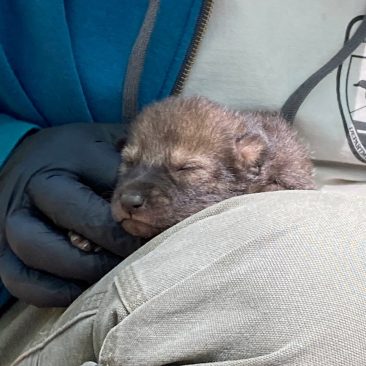 Pup waiting for a checkup…