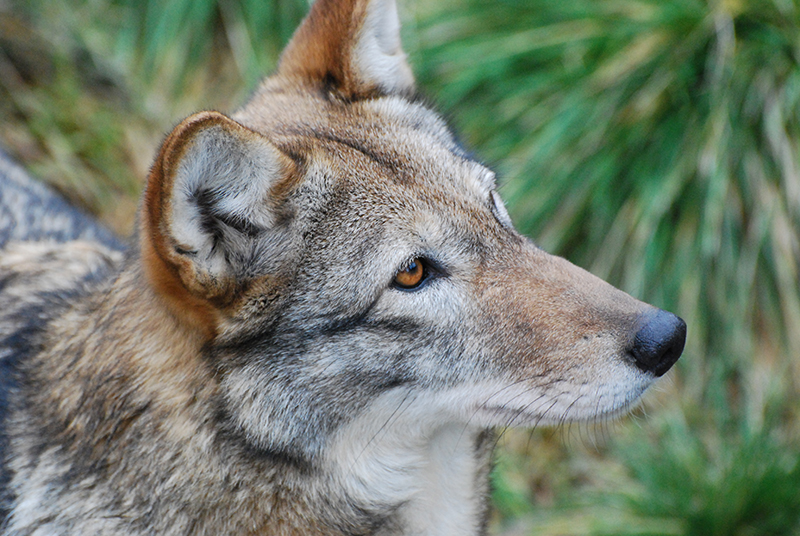 The Service has identified local landowner support in the five-county area—Beaufort, Dare, Tyrrell, Hyde, and Washington counties—as a key component in its consideration of whether to continue the red wolf recovery program in North Carolina. In the past two years, the Service eliminated the recovery coordinator for the program, stopped reintroducing red wolves into the recovery area until it completes a review of the program, stopped sterilizing and removing coyotes (which hybridize with red wolves), and issued permits to landowners to kill individual red wolves.

“The Service has maintained that private landowner support is essential to continue the existing red wolf recovery program in North Carolina,” said Tara Zuardo, wildlife attorney with the Animal Welfare Institute. “This petition shows that red wolves have that local support. The agency should consider this pertinent information in its evaluation of the program and work with private landowners on red wolf recovery in the state.”

The conservation groups say that the petition clearly demonstrates to the Service that in granting kill permits for the wolves, it is failing to represent a vast number of local landowners who live near the red wolves—opting instead to placate the complaints of the vocal minority who oppose the recovery program. More than 110,000 comments were submitted to the Service from local and national supporters of the program in 2014; this letter was signed by private landowners in the area, as well as an additional 1,456 North Carolina residents who support having red wolves on private land in the recovery area.

“This petition leaves no doubt that there is ample local support for the red wolf recovery program,” said Jamie Pang, endangered species campaigner with the Center for Biological Diversity.  “This program has had tremendous success bringing these unique and beautiful wolves back from the brink of extinction and it would be shameful for the Fish and Wildlife Service to abandon it.”

With as few as 50 red wolves remaining in the wild, it is crucial for the Fish and Wildlife Service to continue its efforts to bring them back, not walk away well before the job of recovery is finished,” said Leda Huta, executive director of the Endangered Species Coalition. “The demonstrated local support in this petition shows that North Carolinians—both inside the recovery zone and around the state—support red wolf recovery.”

About the Animal Welfare Institute
The Animal Welfare Institute (awionline.org) is a nonprofit charitable organization founded in 1951 and dedicated to reducing animal suffering caused by people.  AWI engages policymakers, scientists, industry, and the public to achieve better treatment of animals everywhere—in the laboratory, on the farm, in commerce, at home, and in the wild.